Johnson & Alday is proud to report that Attorneys Keenan Rogers and Bobby Johnson obtained a judgment on a hit and run property damage case of more than triple the amount of the estimate and where the insurer made no offer prior to trial.

The defendant driver side-swiped our client’s vehicle and kept on driving. Our clients immediately called 911 and safely followed the defendant, identifying her vehicle and license number to the 911 operator. Ultimately, the investigating officer cited the defendant for fleeing the scene.

Despite clear damage to the car, obvious liability, and an insured whose conduct was beyond the pale, the insurer refused to make an offer, preferring to keep its premium money in its own hands. These hands, of course, are not terribly good at compensating victims of motor vehicle collisions.

Keenan and Bobby doggedly pursued justice for the client, bringing multiple facts and expert witnesses to the hearing, and hiring a court reporter to take down all the evidence to ensure the defendant would be on record as to her version of events. Months of effort and money were spent on a case that should have been resolved with a phone call.

Ultimately, the judge agreed with Bobby, Keenan, and common sense. He not only awarded funds to repair the vehicle but tripled the award to punish the defendant and her insurance company for wasting the Court’s time and our clients’ time.

If you cause a collision—no matter how slight it seems to be—do not leave the scene. Wait for a law enforcement officer and exchange information with the other driver. If you’re involved in a collision where the other driver flees the scene, call Johnson & Alday. We will not rest until we get you back on track. 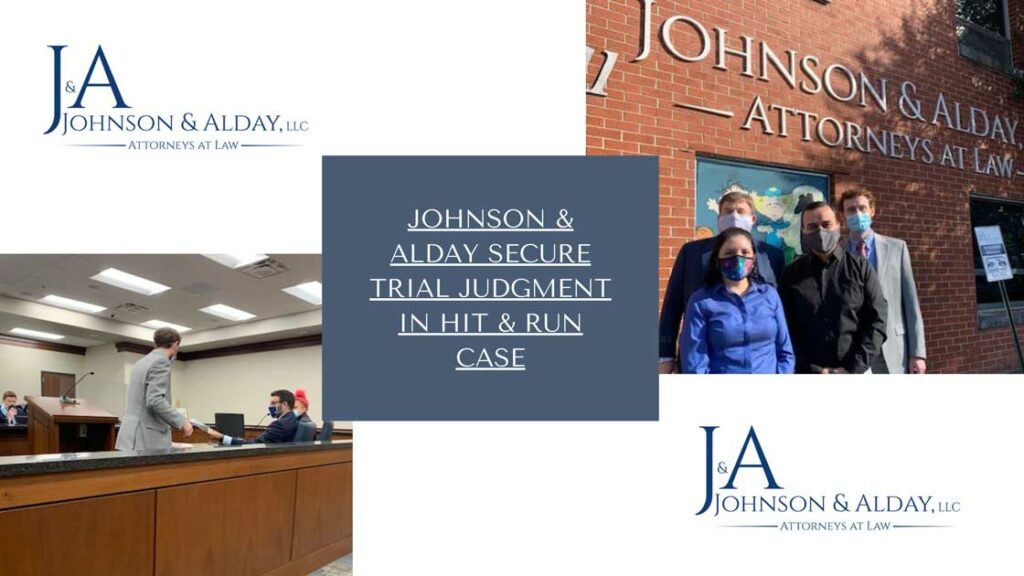