Johnson & Alday are proud to announce another six-figure policy limits settlement for a very deserving client. Their client, who is in his early 60s, was rear-ended by another driver. The property damage to the rear of his vehicle was minor and the police officer did not note any specific complaints of injury at the scene. Further, the client began his treatment with a chiropractor and had a long history of back problems. Eventually, his injuries became so severe he had to start undergoing multiple series of injections throughout his back. Prior to Johnson & Alday filing suit, the insurance company was only offering about half of his medical bills, with nothing for pain and suffering. After filing suit, John and his client worked tirelessly to get ready for the client’s deposition to explain the injuries and his prior problems. After the deposition, John sent an Offer of Judgment for the amount of the policy limits, giving the insurance company one more chance to protect its insured. While an Offer of Judgment does not have to be responded to for 30 days, the insurance company accepted the offer and tendered the limits within a week.

Johnson & Alday will always litigate to the end for their clients and will not settle if it’s not the right thing for the client or for the case. If you or someone you know has been injured in a collision and needs a tireless advocate, call Johnson & Alday at (678) 967-4040. 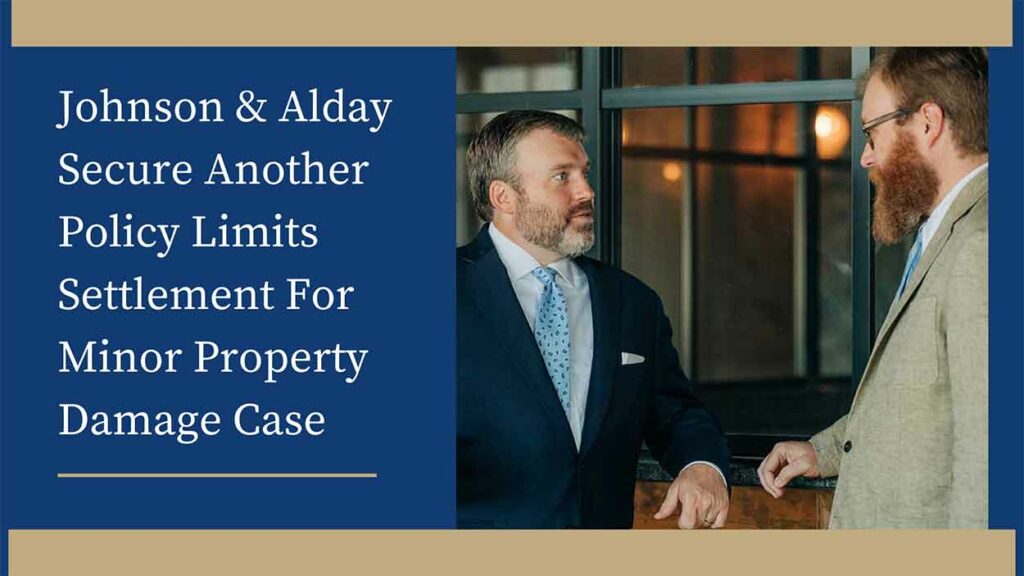