John has been a lawyer for 14 years after graduating with honors from the University of Georgia School of Law. He started his career as the staff attorney for the Honorable Toby Prodgers in the State Court of Cobb Company. He then worked for 9 years at one of Atlanta’s best defense firms, beginning as an associate before becoming a partner. During his time at this firm, he excelled at every stage of the insurance claims process and every phase of litigation.

John has tried cases all over the state of Georgia and conducted oral argument in the appellate courts. For the last three plus years, he has worked with his partner and friend Bobby Johnson to represent injured individuals against insurance companies. He secured a verdict of $500,000 in his first trial as a plaintiff’s lawyer and recently obtained a judgment for his client of another $500,000. In these three years, John and Bobby have secured millions of dollars in compensation for their clients.

Johnson & Alday congratulates John on this honor, as it underscores what an excellent attorney he is. 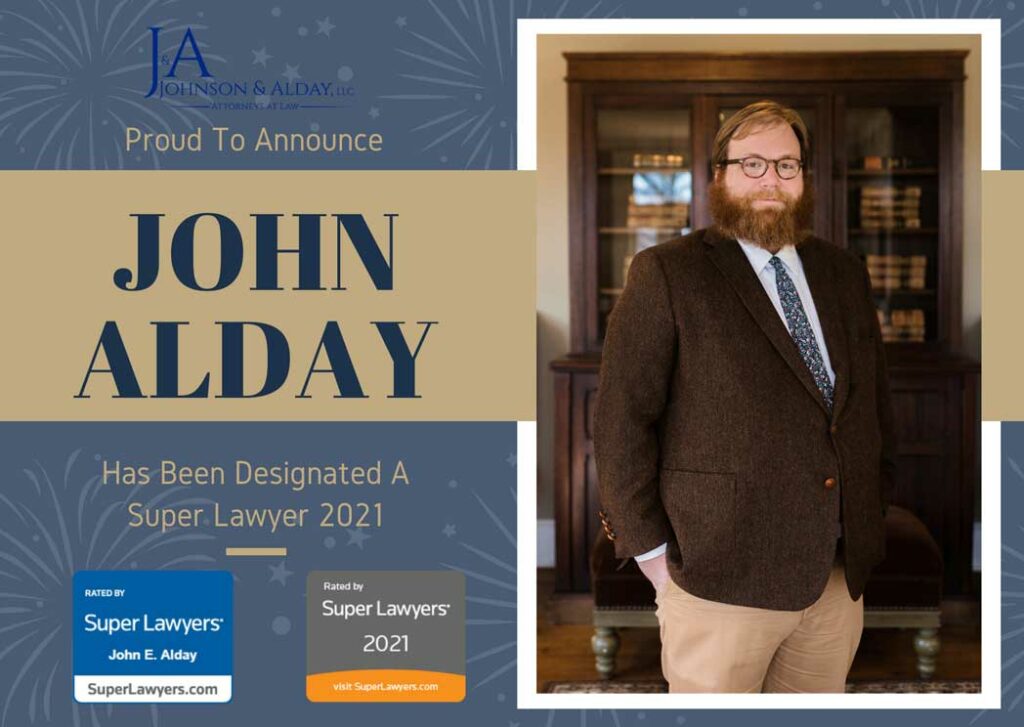