Attorneys Bobby and John are proud to announce a recent settlement for one of their clients.  The gentleman, who is in his late 60s, was struck by a car while he was outside his vehicle and off the road, attempting to change a tire.  As a result of the defendant’s actions, Bobby and John’s client had to undergo multiple emergency surgeries and will have hardware in his leg and shoulder for the rest of his life. He can no longer walk without a cane, can no longer get on the ground to play with his grandchildren, and can no longer even shower without pain.

Once his treatment was concluded, Bobby and John immediately sent a Holt demand to the at-fault insurance carrier.  The Holt v. Southern General case provides that an insurer cannot put its interests ahead of the insured.  Further, if an injured person provides all of his medical bills, records, and other documents to support the claim, and the insurance company does not accept the demand, that insurance company can be deemed to have acted in “bad faith.”  Bobby and John’s demand complied with the law perfectly.

Even in a case with clear fault, catastrophic injuries, and not very much insurance coverage available, the insurance company decided to play games and refused to accept the demand. Determined to get justice for their client, Bobby and John filed suit to seek the full value of the claim.  Only then did the insurance company realize who they were up against.

After the suit was filed and a sheriff served the at-fault driver, the insurance company quickly suggested extra-contractual settlement.  Ultimately, Bobby and John secured a settlement for their client over 7 times the amount of the available coverage!  The client, a retired shift-worker, is overjoyed.  His life, almost destroyed because a collision will now be far more comfortable for him and his family.

When your life gets knocked off course because of a collision, you need lawyers on your side who aren’t afraid to litigate if the insurance company messes around—not “sign them up and settle them” lawyers.  The insurance industry knows Johnson & Alday will never quit until their client is set back on track. 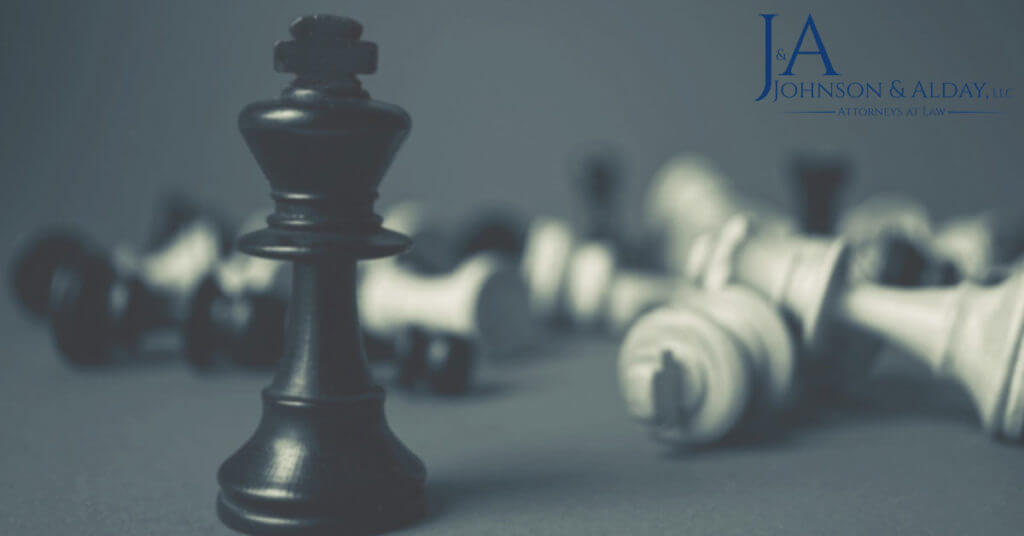