In this video, Personal Injury Attorney John Alday talks about a recent settlement he received on behalf of his clients who were injured in a car wreck. There were four injury victims in the same vehicle that was struck by a DUI driver. Johnson & Alday represented two of the four passengers and secured a settlement four times the amount of medical bills. The other passengers did not hire Johnson & Alday and are still waiting to negotiate a settlement. If you or a loved one has been injured in a car wreck, the attorneys at Johnson & Alday are ready to get you the compensation you deserve. 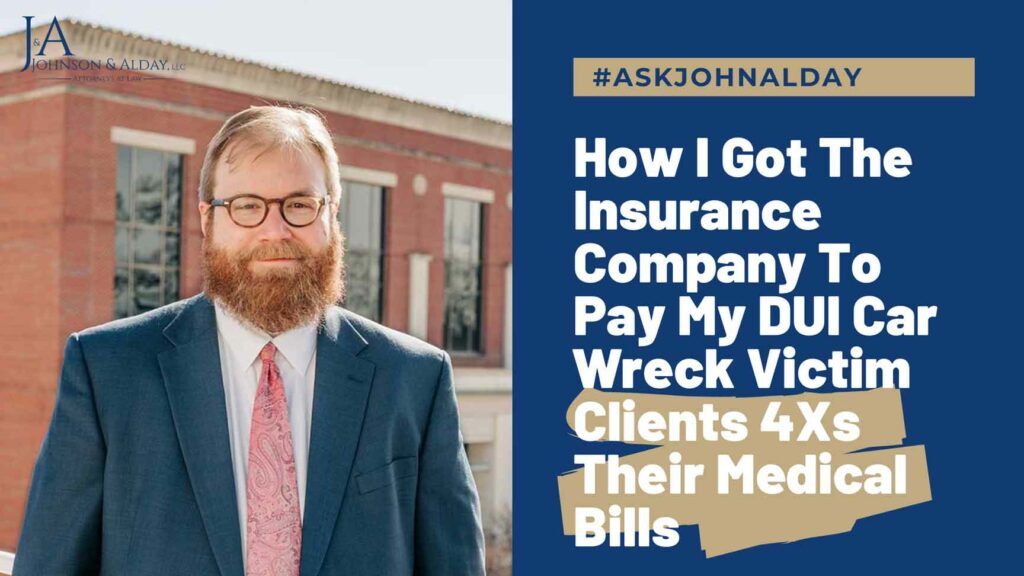